Nam and Việt love each other. Both are miners, working 1,000 meters below ground, where danger awaits and darkness prevails. In the brief moments of respite, in the exhaustion of male bodies, they kiss. The town they in live makes a living from coal. Nam’s mother collects coal waste from the mines to make briquettes. Coal earns them a living, while polluting the land and the sea. Nam, like other young people, has decided to leave the country. Many families get out of poverty thanks to the money they receive from relatives working abroad, most of them illegal immigrants. Nam meets an agent who can smuggle people abroad in containers. Nam’s father, a soldier who died in the war, visits his mother's dreams to tell her where he died. One morning, in a coastal cave, Nam bleeds while Việt enters him. Looking at the blood Nam tells Việt: “I saw my father, a faceless man, when I was about to ejaculate.” Nam, his mother and Viêt go south to the old battlefield to find the remains of his father.

I’ve always wondered about the ways in which an individual could intimately be connected to history, even without being aware of it. I imagine a young man living through uncanny events; like a fish, he swims in the currents of history, where past, present and future have merged into one — this is the premise of this film, Viêt and Nam. I envision Viêt and Nam as a film about the intimate connections between an individual and an unresolved history, between reality and its reverberation: hope, between genders-homosexuality, here and there... This film is my personal response to the ambiguous history of the country. In its essence, Viêt and Nam is a love story — a love story haunted by the ghost of (the) History. 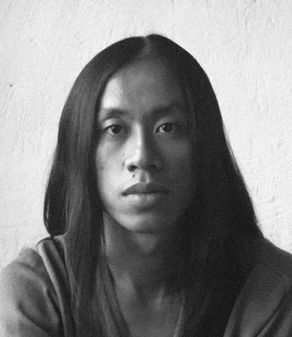