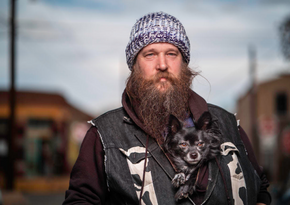 After his partner, Heather, kills herself, William, a day touring musician, struggles to make sense of his own life. While debating his ability to deal with her cremated remains, he learns of several, unclaimed urns at the crematorium and on a whim, steals them. With a tiny dog in his coat, his dead lover’s life’s artwork of quirky, miniature dioramas and four urns in the back seat, William embarks on a road trip to find a final resting place for three unknown souls and to give his dead lover a final peaceful resting place. Along the way, he inadvertently attracts the attention of the police and meets an odd cast of characters who bring glimmers of hope into his otherwise depressive landscape. As he reaches his final destination, Heather’s childhood home and the home of his recently estranged bandmates, he is forced to reconcile with his own past and make a choice between being consumed by his inner darkness and embracing his own gifts and the joy they bring to himself and others.

With SCATTERED I wish to tell an engaging and emotional character-driven story about dealing with some of the most fundamental human emotions of love and justification, as well as bigger questions of longing and belonging. Our protagonist William is the kind of guy and friend we all know and love, but we may have a hard time reaching, as he is living a peripheral life out of the norms. Always on the road, both mentally and physically. A complex character dealing with internal struggles. Suicide numbers have in the recent year been rising globally, but is still something that is put a lid on. With this film, I wish to engage the audience to open up the discussion of how we deal with suicide, by telling it in a broad way, containing a good amount of humor and warmth. 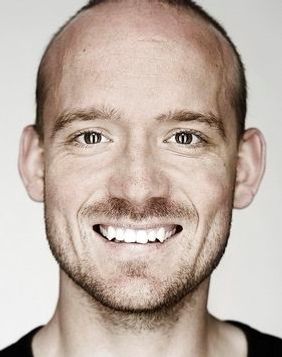