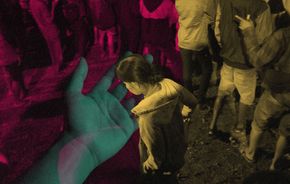 JILAH AND THE MAN WITH TWO NAMES

Jilah (40) used to work as a maid in Mijan’s family until Tiar, Mijan’s wife, died mysteriously. Since then, Jilah has been married to Mijan (73). After ten years, Jilah grows weary of her marriage so she downloads a dating application. She finds Aji (40), a Balinese policeman online. They’ve been exchanging nude photos ever since. One day, Aji disappears. Jilah ran away to Bali to look for Aji, terrified that her nude photos will be published online. The search for Aji leads to a dead end. Jilah confesses to Mijan, and asks for his help to search for Aji. Eventually, Aji is found. But he’s not the Aji that Jilah had come to know. In reality, Aji is 21 years young, working as a construction worker. Online, he is a policeman and older. He hopes to conquer his loneliness with the dating application by talking to strangers. That day, Mijan found out that Jilah’s nudes were published online. Appalled, Minaj leaves Jaleh. Many other truths slowly get revealed. First, Jilah learns that Aji’s real name is Syafi.

Human connection has become more elusive with the dawn of virtual communication technology that makes us seem to belong without encounters. This technology enables us to design fake validations upon new identities. In Indonesia, there was an inmate who smuggled a smartphone into prison to create a Facebook account as a policeman. With his new identity, he seduced a policewoman. They exchanged nude photos, but they were published online. The case went viral. The policewoman got fired and bashed online for having low morals. To me, this case is an example about the elusiveness of human connection; an imprisoned crook, a lonely woman and our effort to comply to the new society that treats women as moral objects. Internet could be fun, but to some people the internet is a means to escape a lonely reality. 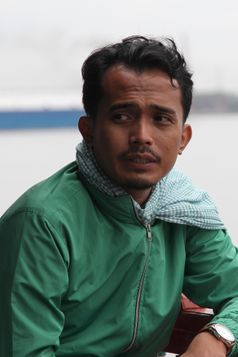