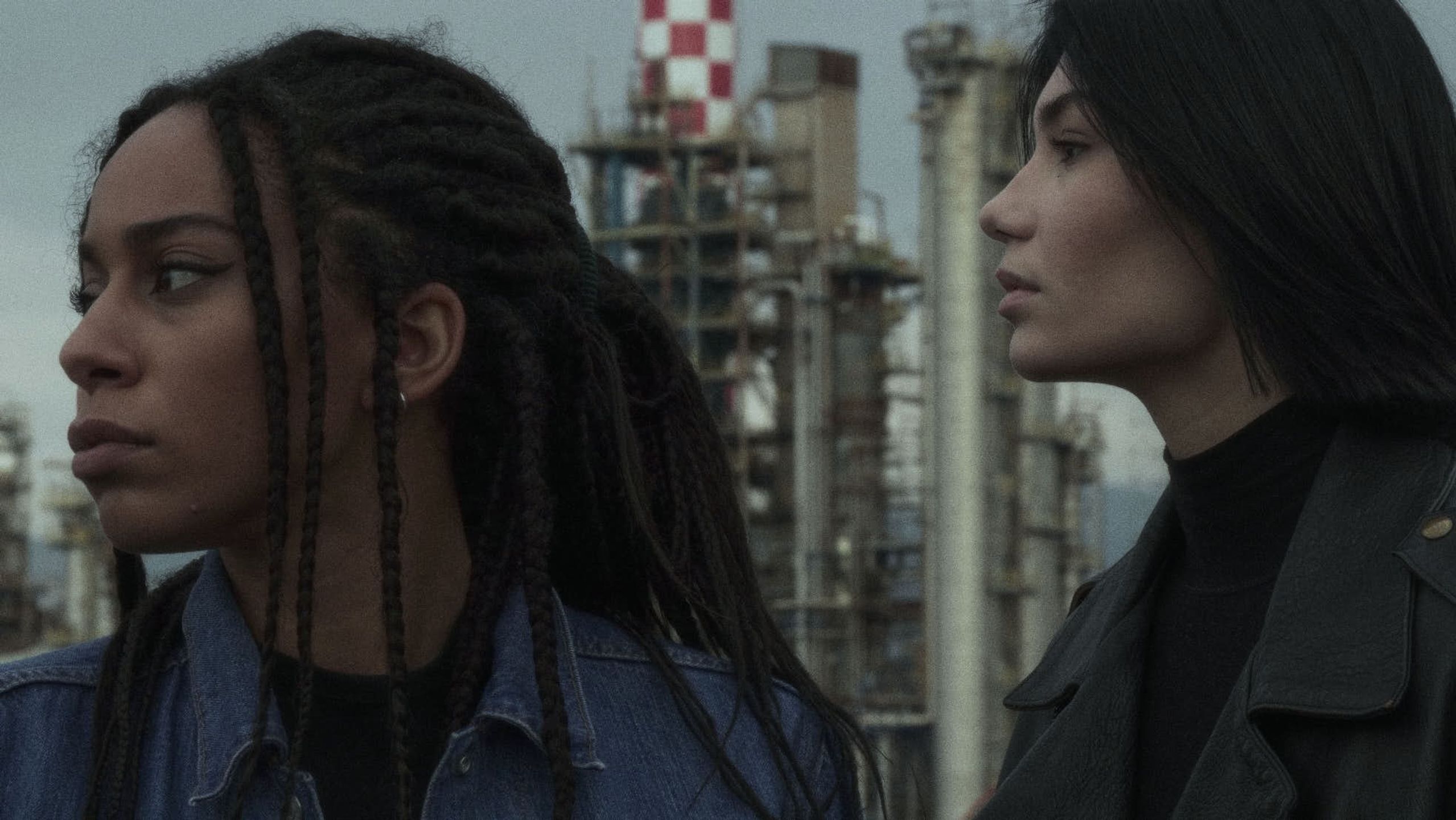 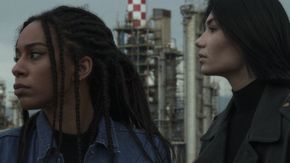 The New District of Aspropyrgos lives under the shadow of the giant oil refinery. Maria, a young factory worker, searches for belonging as the only female member of a gun-toting cult that views the refinery as a form of deity that gives and takes life away. She has been trying for years to wash away her mother's sins; a 'witch' whose actions caused a deadly fire, many years back. But her newfound sense of identity is about to be tipped out of balance with the arrival of Eleni, a sexually promiscuous out-of-towner who sings at the local bar. An attraction between the two women develops, as they ride their motorbikes around the barren town in a sea of male bravado, gunfire and high-octane drifting. But as their friendship evolves into romance strange things start to happen around town. Sudden onsets of blindness, violent epileptic fits, and otherworldly hallucinations grip the men, and the townsfolk become wary of the two star-crossed lovers.

Cora is a supernatural drama about the struggle of two young working-class women for freedom and their own identity within the confines of a dystopian patriarchal society. Set in a heavily industrialised area and dominated by giant factories and working-class housing estates, the juxtaposition between the current 'male' capitalist-ridden state of Elefsina and its underlying mystical, pagan past, 'female' past serves as an important backdrop to our story’s central theme. For the gun-toting men of the cult, constantly on the lookout for an invisible threat akin to pillaging Native Americans or ruthless armed gangs: the danger lies in precisely this female desire. It is a desire that goes beyond the rigid lines of masculinity, a desire elevated to a mystical, metaphysical power, one symbol. 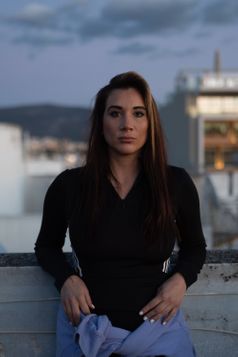 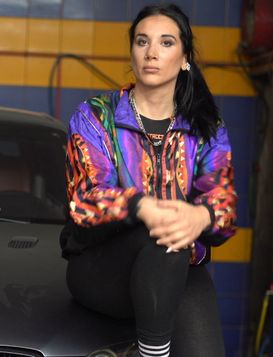