A French sociologist was kidnapped and murdered by the Islamic Jihad in 1985 in Beirut. Thirty years later, Sulla, his daughter, a French-Lebanese actress, returns to Lebanon, after having been notified by the French authorities that her father's remains, long time asked for, were accidentally found under a construction site. As she is boarding an aeroplane back to Paris where a decent funeral is to be arranged, driven by an unspeakable urge, she decides to stay. Ali Zein, one of her father’s abductors, is now head of the Lebanese parliament. She wants to talk to him but he refuses to meet with her. Images from her past emerge. Particularly that night where, for the last time, she saw her father alive. That night where Ali Zein brought him home, “a present for the child's fifth birthday”. From a distance, her lover Yotam, an Israeli filmmaker, triggers her desire for revenge…

My father's fate was part of the collective history of the Middle East. Hearing his story, a different version each time, by loved ones, media and other victims of the Lebanese civil war, I could not relate directly or viscerally, to any of these stories. Ever since, I have lived with the powerful presence of my father’s absence. I have had many feelings towards his abductors, but never anger nor a desire for revenge. Sulla chooses to love the enemy of her enemy, an Israeli man. In the midst of her anger, she speaks to her father’s abductors, longing to be heard by them. Through Sulla's story, I rearrange reality and finally take back control over my own story. In the face of inaccessible justice, I respond to an act of terror with an imperative other act, which is this film. 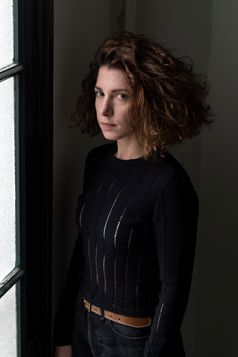