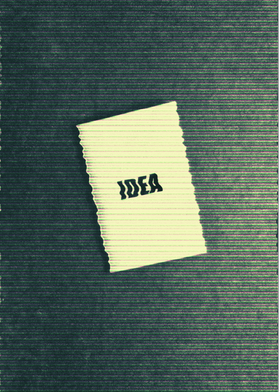 Kemal is a newly hired watchman in an empty villa, belonging to a shady businessman, solitarily situated on the outskirt of the city. He is in the doldrums in this desolate place and looks forward to going downtown on his day off to meet a girl he just met. After an unpleasant date, he takes the last bus to return at midnight. There is no one on the bus but a guy, who gets off at the next stop, leaving a book on his seat. Kemal, realizing that the small book with the title of IDEA, aimlessly turns the pages and puts it back. His life totally turns to hell after that night. He is questioned by a prosecutor about this book. Thereafter, he is accused of a crime indefinitely. All of his attempts to understand the situation are in vain. In a very obscure way, he is treated as a leader of a secret organization called IDEA and strangely, he gradually turns into the leader.

NOTE INTENTION EN This is an absurd story based on an identity problem that has occupied my mind throughout my life. On the other hand, to be accused by an indefinite crime is another riddle that pleases me. Obviously, both are not only the subjects of artistic fantasies in today’s irrational societies seized by lunacy. Maybe any previous era was not as absurd as the one we live in, and ‘Kafkaesque’ is not an expression indicating an anomaly, anymore. IDEA, having two protagonists of Kemal and the Book in the plot, allegorically intends to convey that strange story happening in such a weird politic atmosphere, with film noir elements. I do believe, following those obscure connections of such an intriguing plot is a delightful experience for the audience. 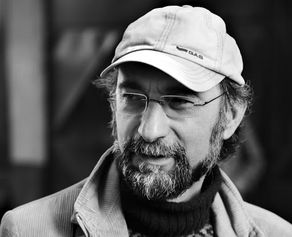