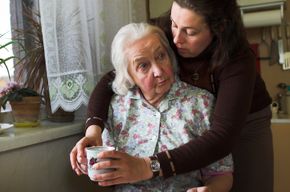 If you live in an Estonian province, you are close to 50, divorced and your children have left home, then your life is over. This is what Anne, 47, thinks a day after her mother's funeral. Her feeling of emptiness prompts her to accept a job in Paris, nursing a lady of society who has tried to commit suicide twice and needs to be constantly guarded. In Paris, Anne sud­denly finds herself in the middle of the war that Frida, 78, has declared on the world. The old lady is bored and wants to die as soon as possible. In fact, Anne has been hired against her will. The real problem for Anne is that she really doesn't know why Frida should continue living in her own, lonely world without lovers and the country that she left many years ago. However, Anne and Frida learn about each other between the fights. And it becomes increasingly difficult to despise or hate the one whom you understand. They are brought together in that they both have something that they miss

I would say that it is a true story as I personally knew the prototypes. This is important because it gives an assurance of truthfulness. It is basically a very simple story. Two women with such seemingly different backgrounds learn about each other and overcome their initial hatred for each other. It is the curious phenomenon that you just cannot hate somebody whom you understand. But on another level, it is an immigration tale of identity struggle. The cultural up­rooting often does more harm than we realize. Finally, it is a story about womanhood and constant desires. Frida's daughter died, but she remembers her feelings. Anne's mother died and she remembers her feelings. Is it betrayal to transfer those feelings? I like intensity in storytelling. Not neutral observation.