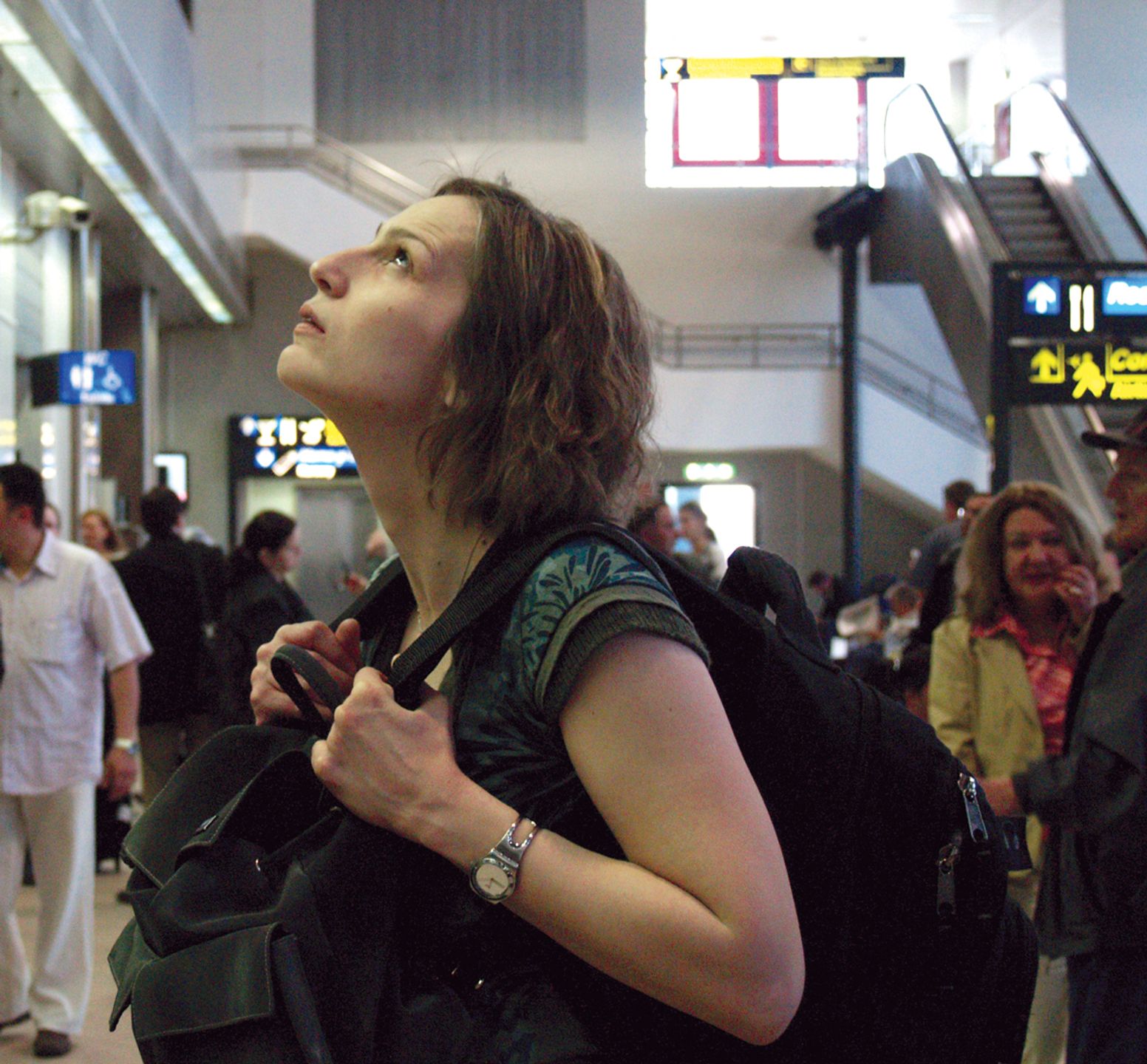 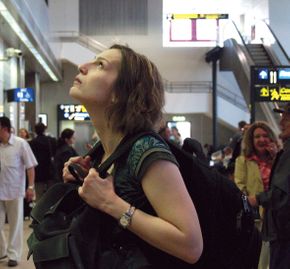 FIRST OF ALL, FELICIA

All happens on Felicia's departure day after the two week annual holiday at her parents in Bucharest. She has to be back in the Netherlands to pick up her son from a summer camp. Felicia starts packing slow and late, mother offers an over-elaborate breakfast, and father fears that he will not live another year to see his daughter again. As time is tight, mother and daughter decide to take a cab, instead of letting Iulia drive her older sister to the airport. The taxi drives through the jammed streets of Bucharest, while Felicia realizes she will never be in time for the flight. In the airport, while trying to re-book her ticket, Felicia has to balance properly her budget, her comfort, her worries about her son with her unspoken wish to stay one more day at home. The disrupted communication with her mother (about love, unspoken feelings, wrong expectations, power games and edges) slowly reveals the ordeal Felicia had to go through in the last 19 years of separation from her family.

Felicia's story can be imagined as a conflict-based interpenetration of two layers: the first one, that of routine, contains all the repetitive elements that build up a family reality; the second layer is that of the emotional confusion and it contains the personal background of the characters, their secret desires, fears, mal­functions and di­gressions. The camera will follow the characters as a reasonable witness, watching from the heart level at characters' movements. Acting can induce a subtle mismatch between the emotional need of a character to express feelings and expression itself, thus achieving a conflict at an adequate symbolic level. Of course, the directors' goal is to shape the day of Felicia's departure into a hallmark for her life condition.