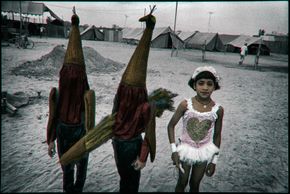 A group of activity leaders performs every night on the stage of Hotel Mirage, on the coast of a Greek island. Kalia (34) is la Nonna, the senior member of the group. Next to her, Eva (17) who works for the first time, Simos the “host”, his daughter Mary (10) and Thomas, Vladimir and Fani who play the midgets and the gorillas. As summer approaches, the hotel gets packed. The activity leaders begin to prepare their summer show. Paper theater sets, glossy costumes and characters reminiscent of circus heroes and famous pop personas fill the open-air stage. When the lights go out, they return to a small, isolated settlement on the edge of the shore, behind the big resorts. As summer intensifies, the fiesta becomes fiercer, more daring. Kalia’s nights turn violent, and the pop trance of flamboyance gives way to the rough void of yet another drunken extravaganza. A wild summer story is revealed in the darkness. But when the spotlights are on again, their show must go on.

Animal tells the story of a group of activity leaders that unfolds under the spotlights, among funny games, dance shows and nightly encounters behind the scene. The activity leaders are standing in the center and on the edge of this world at the same time. Between the exuberant hotel shows and the silent, empty settlement, Animal follows Kalia as she is taking on roles, repeating patterns and leading this unconventional group through the muddy waters of resort entertainment. Within this universe created to be incessantly celebrating, two younger girls, Eva and Mary, supplement her story by projecting on to her the female figure. Trapped in an environment that defines them, their limits are tested. As tension rises, the walls that surround them start to melt under the heat of the summer fiesta. 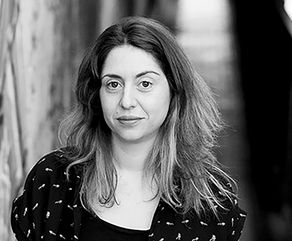