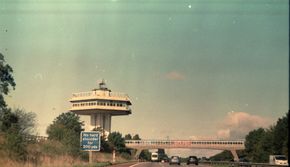 Adam Muhammed works nightshifts at a fast food restaurant in a motor-way service station. A directionless and unassuming man sleepwalking through his thirties, he lives a lonely life of quiet disappointment and frustration. Upon hearing that his estranged father, Hassan, has died, Adam finds himself thrust out of his static existence and in search of answers. Having not seen the man since his early childhood, he becomes desperate to learn who his father really was and where he had spent the last thirty years. Whilst investigating the strange discrepancies around his death, the mysterious details of Hassan’s life unfold and Adam begins to see his father’s past actions in a new light. Stumbling upon a theory that begins to make sense to him, Adam questions whether Hassan really did abandon him all those years ago, or if he was actually taken back home. Could his father have been a being from another world? And if so, what would that make Adam?

I’ve long been intrigued by the idea of making a ‘space film’ set on Earth. One with intergalactic ambitions built upon the mundane reality of our world. Working in a motorway service station I was always struck by its bright, clinical, synthetic nature and with the deep dark void of night outside, I’d sometimes feel as if I was inside a spaceship. Being mixed-race and growing up in the UK I have always felt a disconnection from my Pakistani heritage. Hearing stories of a place I’d never visited, with a language I did not speak, my father’s homeland was so intangible and far away I may as well have been told that he was from a different planet. These ideas of hybrid identity and diaspora have led me to a story exploring a man’s identity crisis through the lens of a science-fiction film. 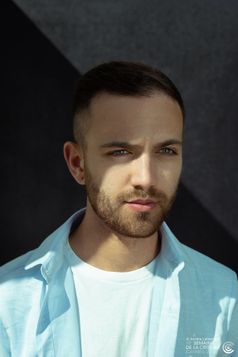