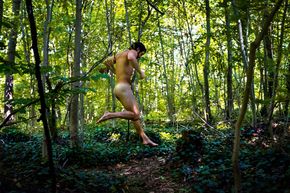 DAYAO SWIMS AGAINST THE FLOW

If all Dayao cares for is his farm where he lives with his aging mother Guei-Hua and his pregnant wife, he goes with the latter to a neighbor city every day just to work. Tian-Tian insists on buying a flat and raising their baby there, it is the only way for them to escape poverty – for her to gain freedom, as a woman. When hundreds of tons of concrete collapse on Dayao, as he works on a construction site, he miraculously doesn’t have a scratch… but loses his speech and mind, like a five-year-old. Guei-Hua patiently takes care of him while Tian-Tian has to work as much as she can in the city and stays overnight. Dayao keeps playing with kids and animals; he realizes his unique bond with natural elements. As his mother grows weak, Dayao gets gradually back on track, and speaks again when she passes away. He goes to the city to bring an exhausted Tian-Tian and their newborn up to the mountains, far from everything. For it is clear to Dayao that becoming one with nature is the only way for them to be free and happy together.

I want to tell a modern tale inspired by people around me. I and my cousin, born in the countryside and living in the city, are always haunted by a sense of alienation. After the rural exodus in modern China, the city is flooded with materialistic desire; the village swallowed and buried in the past. Against the current, my cousin has a strong wish to flee the city. Thus the project explores rural life and the reconnection with the origins. The joy and simplicity of rural life is what touched me the most in my childhood. All my characters bear different perspectives on freedom and existence. It helps reflect on our contemporary relationship with nature. With my French co-writer Jérémie Dubois we also work on the universal values in the story to create resonance among us all. 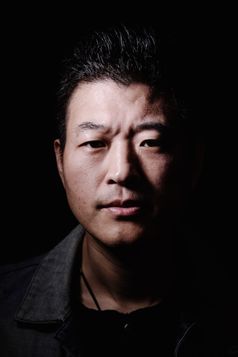 DAYAO SWIMS AGAINST THE FLOW