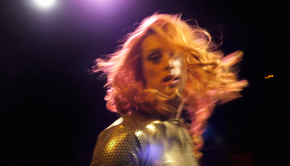 “Broadway” tells the story of a group of young bandits in contemporary Athens. Nelly is a tomboy; Barbara is a boy on the run, dressed as a girl. Rudolph is a prankster and Mohammad is always there to save the day. The four of them collaborate, combining the art of dance with the art of pickpocketing. While Nelly and Barbara perform dance routines to catch the attention of the passersby, Rudolph and Mohammad mingle with the crowd and dig inside the spectators’ pockets, lifting wallets and smartphones. After a day’s work, the thieves return to Broadway, an abandoned entertainment complex, which has become their home and hideout. In the confines of Broadway, they are safe to live out their fantasies, uninterrupted. But things take a different turn when Markos, the original leader of the gang and Nelly's domineering boyfriend, returns from prison. He has a new plan.

Feathers, cement, sequins and blood-stained agreements. I see “Broadway” as the spectacular revanche of the underdog, making its entrance in a sparkling costume, dancing its way to the forefront. In “Broadway”, a group of castaways find each other in a rundown neighborhood of contemporary Athens. They spend their days dancing, stealing and falling in love, like there's no tomorrow. They live at the crossroad of the 'musical' and the 'heist film', against a landscape of urban confusion. Beyond theft and dance, "Broadway" is a place of love in the making, a kind of Ark for all kinds of pairs. A romance between a woman and a female impersonator unfolds at its core. It is the burning force of the story. And perhaps, a hypothesis of evolution at the “fin de siècle”. 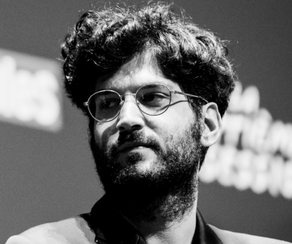