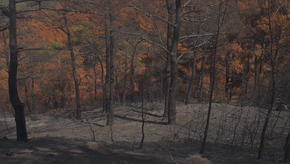 Akın is an up-and-coming actor who is hospitalized into a psychiatric facility with diagnosis of severe bipolar disorder after his graduation. After fleeing away from hospital but being unable to memorize lines, he gets fired from his work as minro roles at TV series and then at a municipality theater. Hiding his illness, he works as guardian for children in a shopping mall’s indoor playground. His body, initially responding well to lithium, develops tolerance. As Akın loses touch with his true self, his mind shifts into another reality. He sees a dead girl whom he saw from a missing girl poster and she promises him ‘to take him to the other side’. While he’s controleled with heavy chemicals, we stroll outside, in the dark streets of the city, on the squares, among the crowds. The streets of heaped districts, where evil became banal and mercy perished, now is home to ‘devils’ and ‘demons’. They are among us now and they do exist. In the industrial districts and uncanny domiciles of Istanbul, evil gradually starts to appear.

"New Dawn Fades" is a film about societies’ collective evil, mental decay triggered by art and medicines, where I’m using elements of documentary narrative and horror genre. In the film, reality co-exists with unreal. This is a distorted version of Turkish society which flirts dangerously with power, adoration, occult and sacrifice culture. In an almost constant twilight of Istanbul, the phantasmagorical imagination of fear as a response to the corrupt moral and social order : The urban landscapes are full of devils, demons and strange supernatural beings, but we see them through his disjointed, blurry glance. I wanted to reflect on our contemporary society where everything disintegrates. As once clouds asks to protagonist in the film :’Where do you go from here ?’ 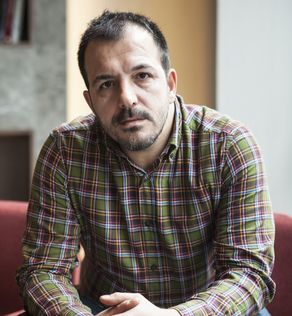