Irina (43), a single mother from Ukraine, lives with her son Igor (13) in a small Czech border town. One night she discovers that Igor has been assaulted by three attackers and her whole world comes crashing down. When Igor wakes up from anaesthesia he claims that the attackers were Roma. Since then Irina fights for justice and demands the society to rise up and punish the culprits. As times goes on, she begins to spot inconsistencies in his versions of the attack. Ultimately, when the society is emotionaly moved by the attack, Igor admits to Irina that he made up the whole story. The ensuing march against violence, dedicated to Igor and Irina as victims, deteriorates into a violent neo-Nazi campaign. When in the last moment Irina tries to call it off, she confronts the resistance of the mechanism and she’s to continue what her son began, lie, and take part in the march as a victim. The consequences are too severe for both to bear without consequence or with a clear conscience.

Both storylines - the mother-son storyline and the individual-society storyline, are intimately connected and feed into each other. By painting a detailed emotional portrait of Irina I would like to expose the society for which she becomes a temporary mascot, until eventually ending up as its caricature. Irina becomes a victim in the matter of her love for her son and her best intentions. In this narrative approach, I would like to emphasise authenticity and civility. DOP Adam Mach and I have therefore decided for a dynamic and aesthetically pleasing visual style which will make us direct witnesses to Irina's story. As the film progresses, we will be getting to know Igor together with his mother. 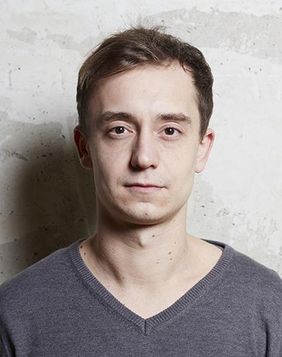