At the beginning of the 20th century, sheep farms cover more and more territory in Chilean Patagonia. In 1901, Segundo (21), a Chi lean mixedrace, leaded by MacLenan (45), a former English captain, and Bill (35), an American mercenary, embark on a horseback expedition to delimit and claim the land that the State has granted to the Spanish landowner José Menendez (50). Segundo discovers the "civilizing" will of his commanders when they encounter a tribe of Onas Indians and brutally and euphorically kill them. Segundo is forced to participate. On the way back, they find Kiepja (17), a young Ona woman, whom they kidnap. 8 years later, Vicuña (40), a direct envoy of the President, visits the already civilized lands. Segundo sees in Vicuña the opportunity to redeem his guilt, the only chance to confess his crimes. Vicuña turns a deaf ear. He takes a camera and shoots Segundo, Kiepja and his sons, as an exemplary family of "civilized" Chileans, taking history in his own hands.

The Settlers is based on the brutal Onas Genocide of the beginning of the 20th Century in the Chilean and Argentinian Patagonia. Having access to the judicial investigation on the taunts committed allowed me to know the creators, executors and passive accomplices of this massacre. Choosing the point of view of the hunters responds to an ethical decision about the need to question the foundations of a colonialist thought that allowed this extermination, which is still in force in western culture. The Settlers is a film about rewriting our history. It emerges from the past but also relates with our present, reflecting on how our nation is built from deleted fragments and fabricated images. Here, Cinema has a crucial place; it is a device of power, a machine to build long-lasting realities. 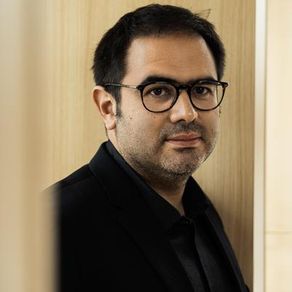