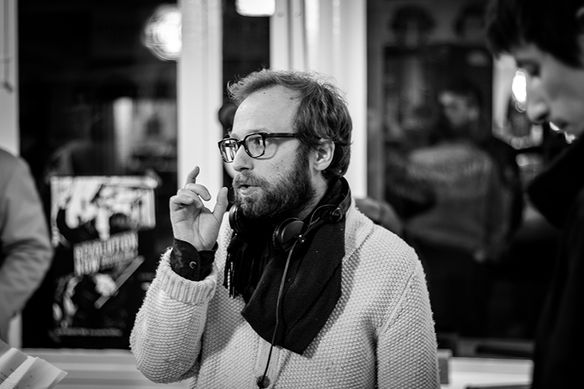 Nicolas Pariser worked alongside Pierre Rissient before directing his first short film The Day Ségolène Won in 2008. The following year, he directed the medium-length political film The Republic, which won the Jean-Vigo award in 2010. In 2013, his short film Agit Pop, a slapstick comedy about the final hours of a monthly cultural magazine, was selected for the Semaine de la Critique. His first feature film The Great Game was selected at the Locarno Film Festival in 2015 and received the Louis-Delluc Prize. In 2019, his second film Alice and the Mayor with Anaïs Demoustier (César for Best Actress) and Fabrice Luchini has been selected to the Director’s Fortnight. In 2020, he joined the directors of ARTE’s hit series En Thérapie and is currently working on his upcoming feature film Le Parfum vert, which will be filmed in the autumn.