Oil on Water follows two journalists into the depths of the Niger Delta - Rufus, green but enthusiastic and Zaq, his mentor, aged and cynical - as they investigate the kidnapping of the wife of a European oil industry Executive. But "the story is not always the ultimate goal" as Zaq enunciates to Rufus at the beginning of their Conradian journey along the river. Their quest for truth soon quickly take a more ambiguous twist.

Before publication of his acclaimed third novel, Oil on Water, Helon Habila, sent me a draft manuscript. He said, "You will get it". Helon and I are of the same generation: that generation born in the midsixties at the onset of the Biafran war; the brief end of the illusion of Nigerian independence that was subsequently followed by half a dozen coups d’états, a change from empirical measurements to metric, from driving on the left side of the road to the right, a change from the British pound sterling to the Naira monetary system In short, we were a generation caught in the turmoil of Change. With Oil on Water, I wish to explore, cinematically, characters caught inbetween dream, nightmare and reality.Zaq: The story is not what we seek, young Rufus, but the meaning. 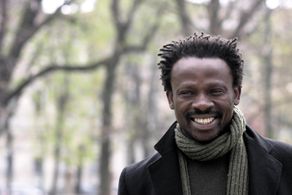