In theaters in France on April 3rd : TEL AVIV ON FIRE by Sameh Zoabi 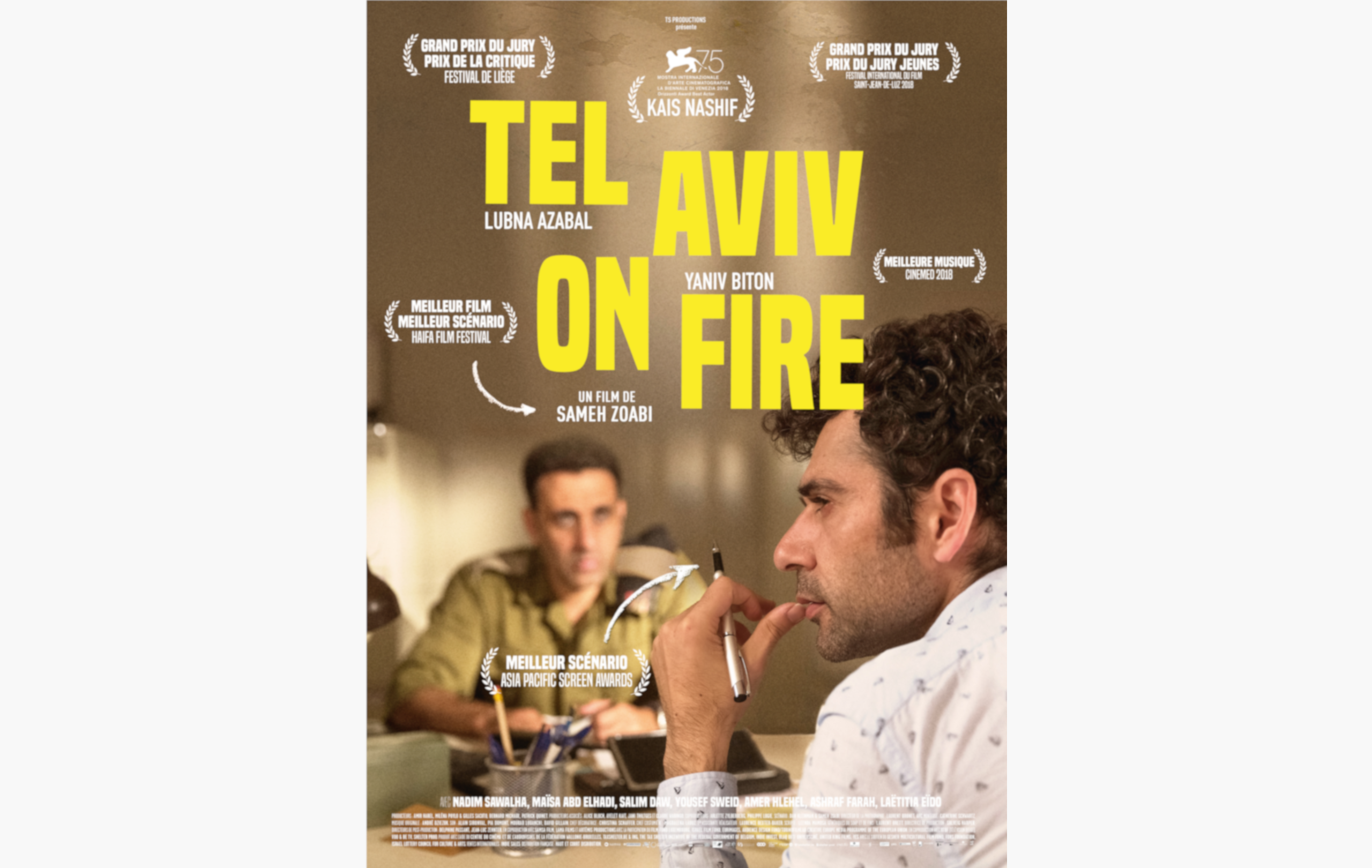 Salam, an awkward 30-year-old still living with his mother in Jerusalem, gets a job as scriptwriter for the Palestinian popular soap series «Tel Aviv on Fire». The show is a popular spy drama set right before the Six-Day War of 1967. Every day he must travel through a strict Israeli checkpoint to get to work. When the Israeli army commander Assi learns about Salam’s job, he begins suggesting a more pro-Israeli plot development. Salam suddenly finds himself in a risky balancing act, trying to please both his superiors and the man allowing him access to cross the border.